During the fibre art unit, the Art and Design 2200 students learned how to create traditional NL hooked rugs.   Because there was a large frame and just the right amount of left over burlap, some of the 2200 students thought it would be a nice idea to do a large group project in which everyone contributed.  This was not a project to be graded so there was a lot more freedom with this project.

By the end of the year this project was worked on by students from the 2200 classes, students from other classes who had completed Art and Design in previous years, NL Studies students who contributed to the design and the rug hooking, enthusiastic grade 9 students who wanted to get a head start on the high school curriculum, other teachers and staff, and many random students who were curious and allowed me to teach them a new skill.

We may be far from finished with this project, but the memories, discussions, and traditional skills that were learned through this project have made it a success already. 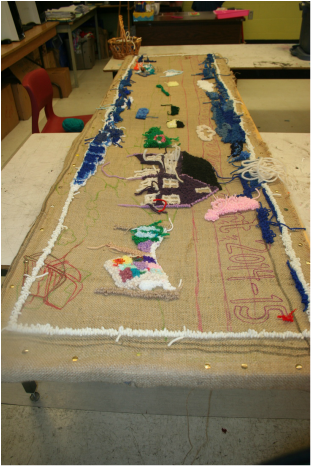 Although it looks as if very little is complete, this was a lot of work. 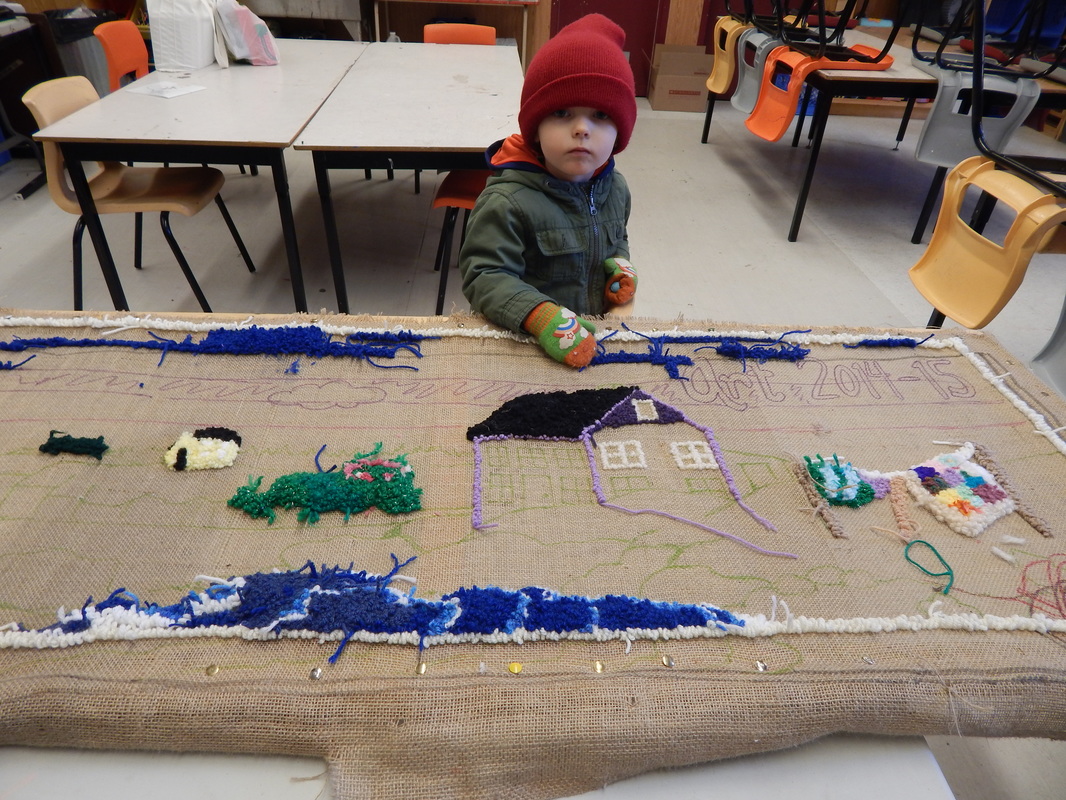 Rug inspection by a future CC Sentinel (who may end up having to work on this if it's not completed in the next 10 years).

Update:  This ridiculously ambitious rug began at Carbonear Collegiate in 2014, but then traveled to Marystown Central High school where it was worked on for 2 years from 2015-2017.  The rug will now be continued by Baccalieu Collegiate students.
Proudly powered by Weebly